One of the more impressive supercell thnderstorms Southeastern Ohio has seen over the last couple of years brought hail up to the size of tennis balls (2.5″ in diameter) to northern Athens County around 5:30PM Thursday afternoon! Imagine if that had hit Athens and OU. The radar imagery from this storm shows several tell-tale signs of a strong supercell and very large hail… 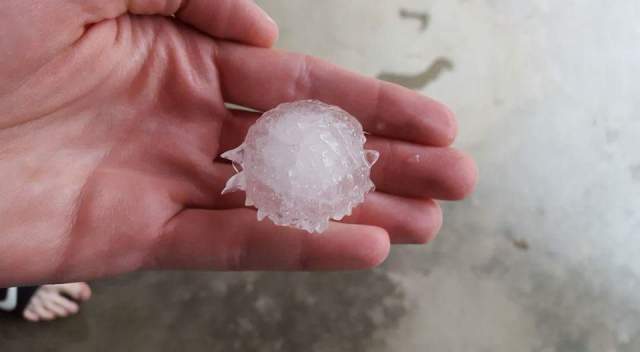 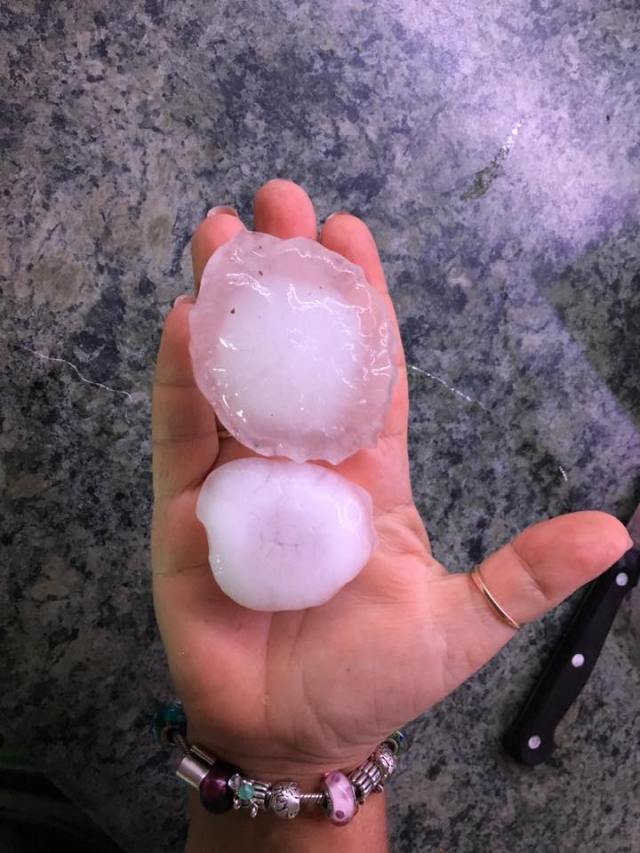 The first two images are pictures of the hail taken by members of the general public just south of Logan, OH (northwest of Athens) and in northern Athens County (exact location unknown) respectively. The first image appears to show hail between the size of golf ball and hen egg sized (1.75-2″)…the second image appears to show hail close to tennis ball sized (2.5″!). Trained weather spotters reported hen egg to tennis ball sized hail near both of these photos, so the pictures are legitimate. Yes, this hail fell less than 15 miles from Athens, OHIO on Thursday. 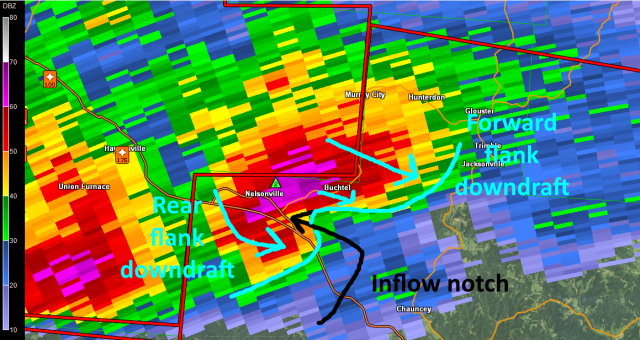 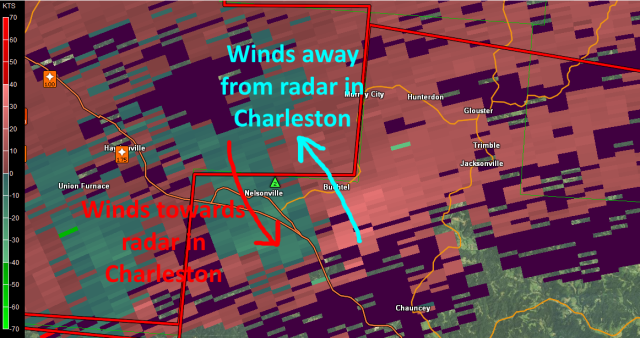 The third image is a standard image of radar “reflectivity” of this thunderstorm as it passed near Nelsonville in northwestern Athens County at around 5:15PM. When you see radar images on the news, this is most likely the product they are showing you. Note the “hook” shape of the strongest radar returns (reds and purples), which is characteristic of a supercell thunderstorm (a thunderstorm that is rotating). I have also annotated a few features common in supercells that meteorology majors should be able to recognize. The forth image is an image of the winds detected by the radar in Charleston, confirming that this storm was rotating. This rotation was not strong or “tight” enough to produce a tornado. If the winds in the lower portions of the atmosphere were stronger on Thursday, it’s quite possible that this strong supercell would’ve produced a tornado north of Athens…however, that luckily wasn’t the case. 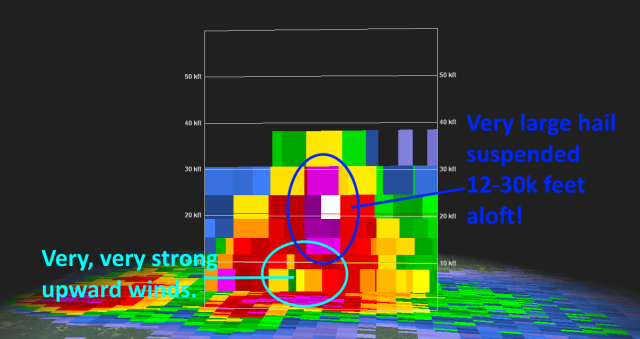 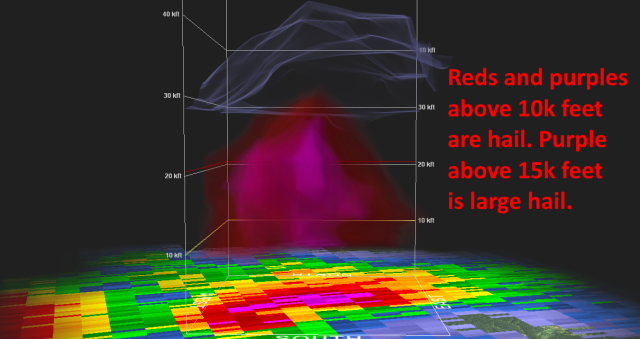 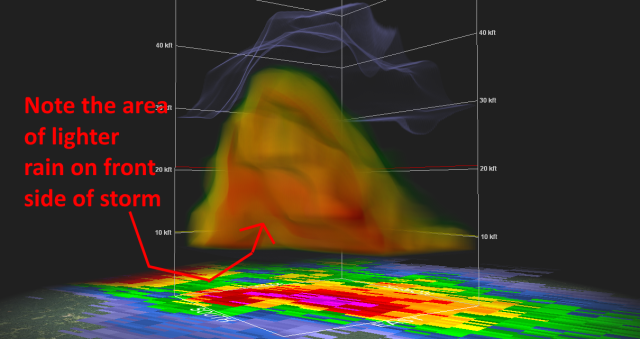 The fifth image is a cross-section slice of the storm at the time of the “standard” radar images shown in images 3 and 4. A few interesting features can be noted here…the most obvious feature is the huge area of purple and even white (VERY intense radar returns) sustained through a very deep layer of the atmosphere. This deep layer of very intense precipitation in portions of the atmosphere that are below freezing is indicative of very large hail. The other insane thing in this image is the area of lighter radar returns below all of this hail. The upward winds (updraft) in this thunderstorm were so strong that they literally held this huge area of large hail aloft. For tennis ball sized hail to be maintained aloft, upward moving winds of over 75MPH are needed! That’s hurricane force winds blowing straight up in this thunderstorm!! (see this link for upward moving winds needed to generate a certain hail size: http://www.srh.noaa.gov/jetstream/tstorms/hail.html ). The sixth image shows the massive area of hail held aloft in a more 3D view…with the light blue representing the upper edge of the storm…over 40,000 feet high, almost 8 miles high! The seventh and final image is a similar 3D look, but with the image showing more of the lighter precipitation…it’s a little difficult to see, but you can see the area of light precipitation beneath the heavy rain/hail held aloft, where the updraft of the storm is strong enough to literally hold heavy rain and hail aloft.

Here are a few pertinent storm reports from the National Weather Service: